In late January, as part of a larger set of cutbacks over several months, began significant staff layoffs. Here we honor the work of Bart Buch, who served as HOBT's Education Director.

Bart Buch started on staff at HOBT as an Americorp member in 1997 to dive deep into puppetry, youth work and community-building.

Since then, in the last 22 years with HOBT, this is what Bart’s been up to.

As an artist, Bart has performed/puppeteered in 18 mainstage productions, created puppets for dozens of productions, directed four mainstage shows, created several Saturday matinee and cabaret performances, represented HOBT at an International Puppet Festival and other venues across the country. He has received several grants and awards for his puppetry work, including a 2017-2018 McKnight Theatre Artist Fellowship.

As a teaching artist, Bart has taught hundreds of school and community residencies with a huge diversity of organizations and populations.

As a parade artist and community organizer, Bart has led 22 consecutive May Day parade sections. For the last ten years, these parade sections have been focused on and worked with neighborhood youth.

As an arts administrator and staff member, Bart has served as Education Co-Director and then Education Director for 12 years. He created two new arts education programs in this time: Puppet Youth Troupe which ran from 2009-2014, and The Phillips Project, which ran from 2011-2019.

Also in this time he overhauled and oversaw the School and Community Residency Program, focusing on creative youth development, long-term partnerships and providing sustainable teaching artist wages. As Education Director, he founded and nurtured dozens of ongoing community partnerships. He also worked for several years on future envisioning and advancement of the organization. As part of this work Bart helped form and was part of the HOBT Artistic Leadership Team for the last three years.

In the last few years Bart has focused his work on the immediate neighborhood, working with youth and artists to research and give voice to the history and stories of neighbors, integrating youth residency programming with mainstage programming. This work partially culminated with the show Make Believe Neighborhood in 2018, a show about “helpers” in the Phillips neighborhood and also about Fred Rogers.

We are all going to miss Bart's soulful guidance and thoughtful stewardship. We wish him all the best and look forward to collaborating with him in the future. Bart will continue to be an Associate Artist with HOBT, working on MayDay 2019 with a South High School residency. He will also be continuing his work independently in the neighborhood with youth and partner organizations. Through COMPAS and independently, Bart will continue teaching arts residencies. He is independently exploring many new directions with similar work.

If you want to find out more, Bart can be reached at [email protected] or bartbuch.com 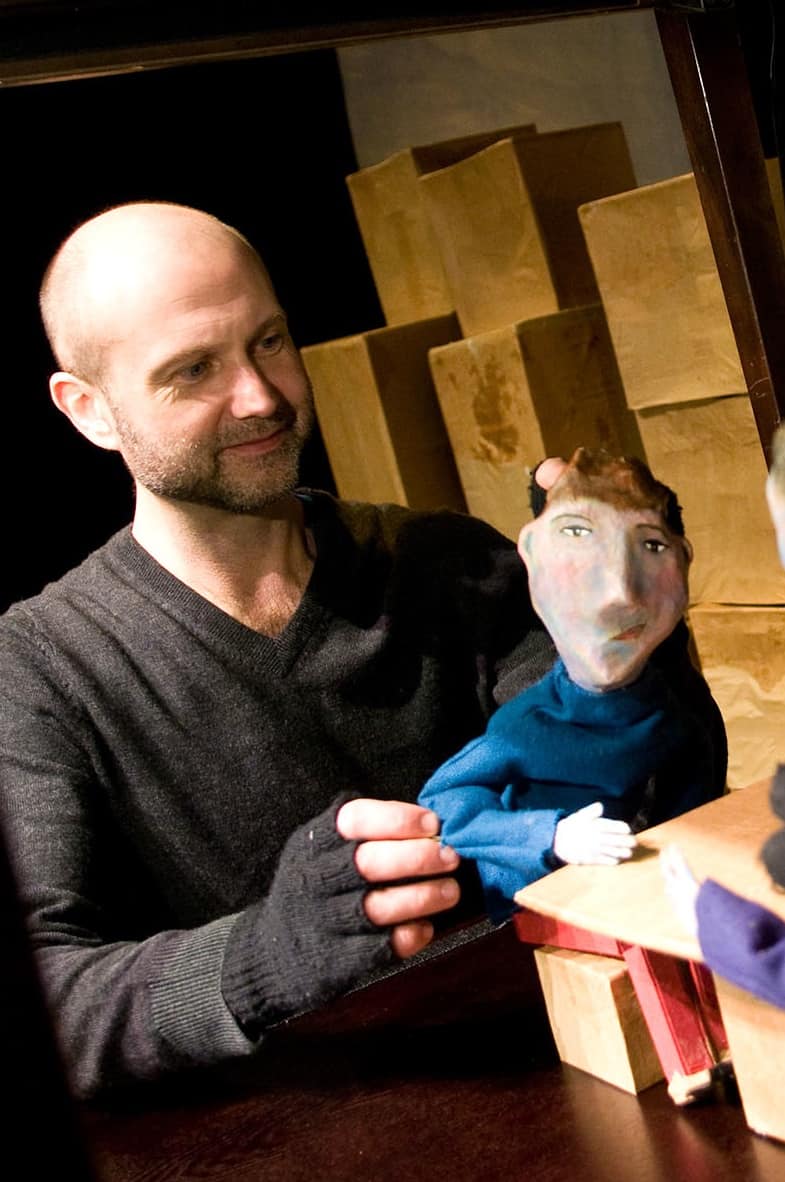 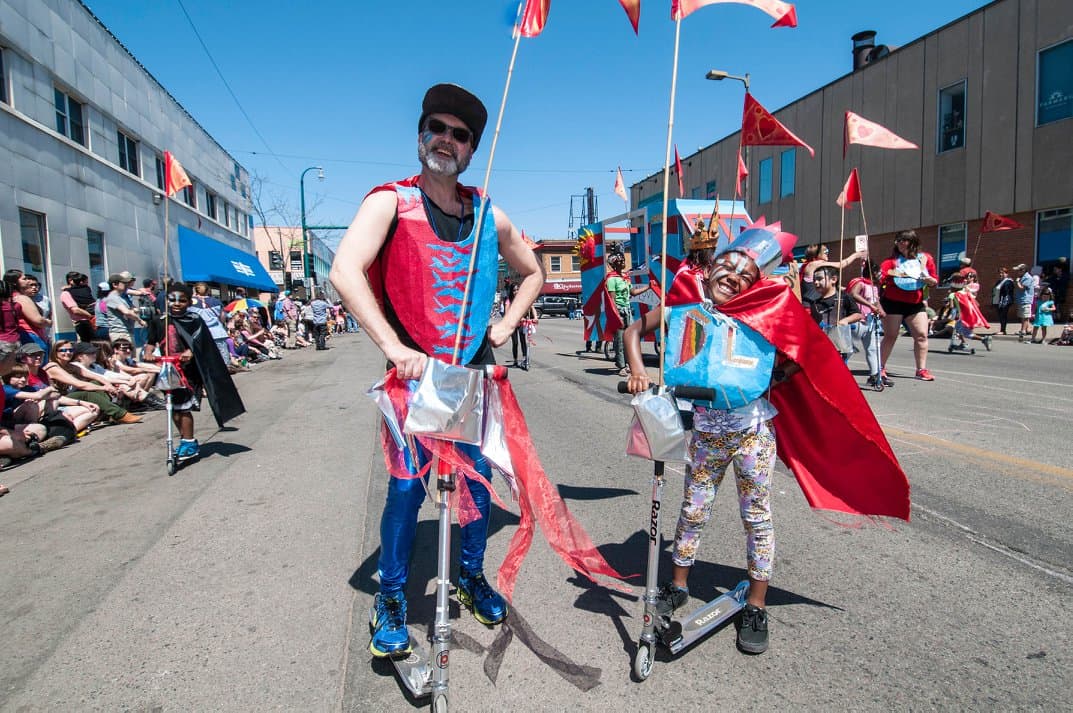 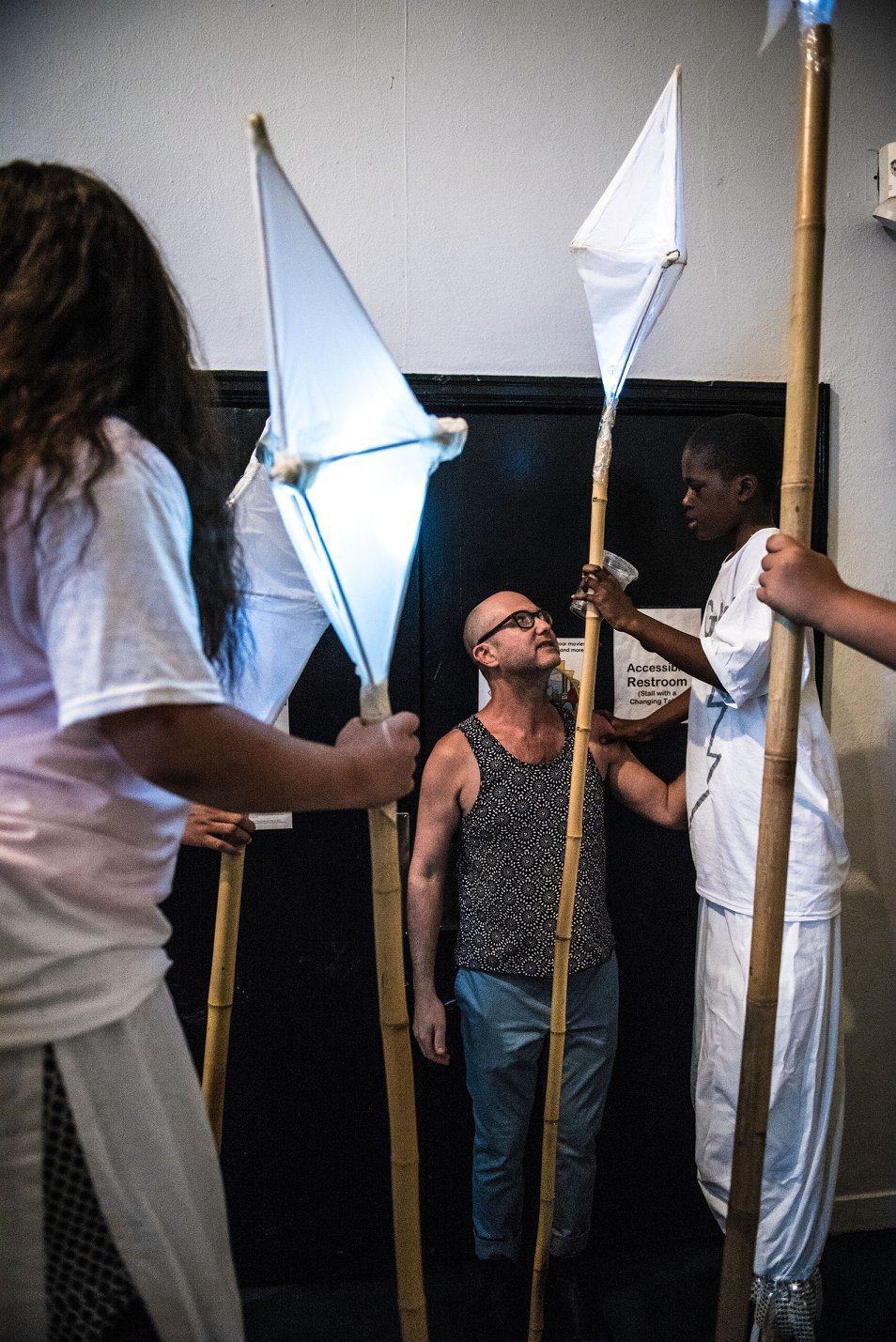 Made possible with support from Midtown Phillips Neighborhood Association.