The first MayDay Parade & Festival took place in spring of 1975.

The original idea for this Festival was simple. Theater staff wanted to give a gift to the community that was also supporting the theatre. They also wanted to create a celebration that would bring people together out of their homes at the end of winter.

The Vietnam War ended just 2 weeks before the event and the little procession was exuberantly joyful. It was a group of 50-60 people, an Earth puppet, a Water puppet, several birds, two accordions, and many banners. People raised a Maypole puppet and hosted a few small performances and some MayDay speeches.

Eventually, MayDay came to be celebrated annually by tens of thousands of people in Minneapolis. The work of organizing the MayDay festival became a year-round task.

Each February HOBT hosted a public brainstorming session and puppet builds,  inviting people to share ideas and images towards developing the specific theme for the year. The thoughtful themes of past years echo the pulse of our south Minneapolis neighborhoods, and as such, the chronology of themes tells a peculiarly imaginative history of the times.

Want to learn more about MayDays past? Click the button below to see MayDay themes over the years and view historic MayDay posters at Sandy Spieler's website.

MayDay is currently being transitioned from one single, giant, parade, to multiple, smaller, celebrations throughout the month of May. Stay tuned for a unique MayDay Seasons 2022!

A MayDay Poster By Sandy Spieler

Image Description: Green and background with two white trees. Above the trees is a dove holding an olive branch. The text reads: May Day Parade and Festival May 1. 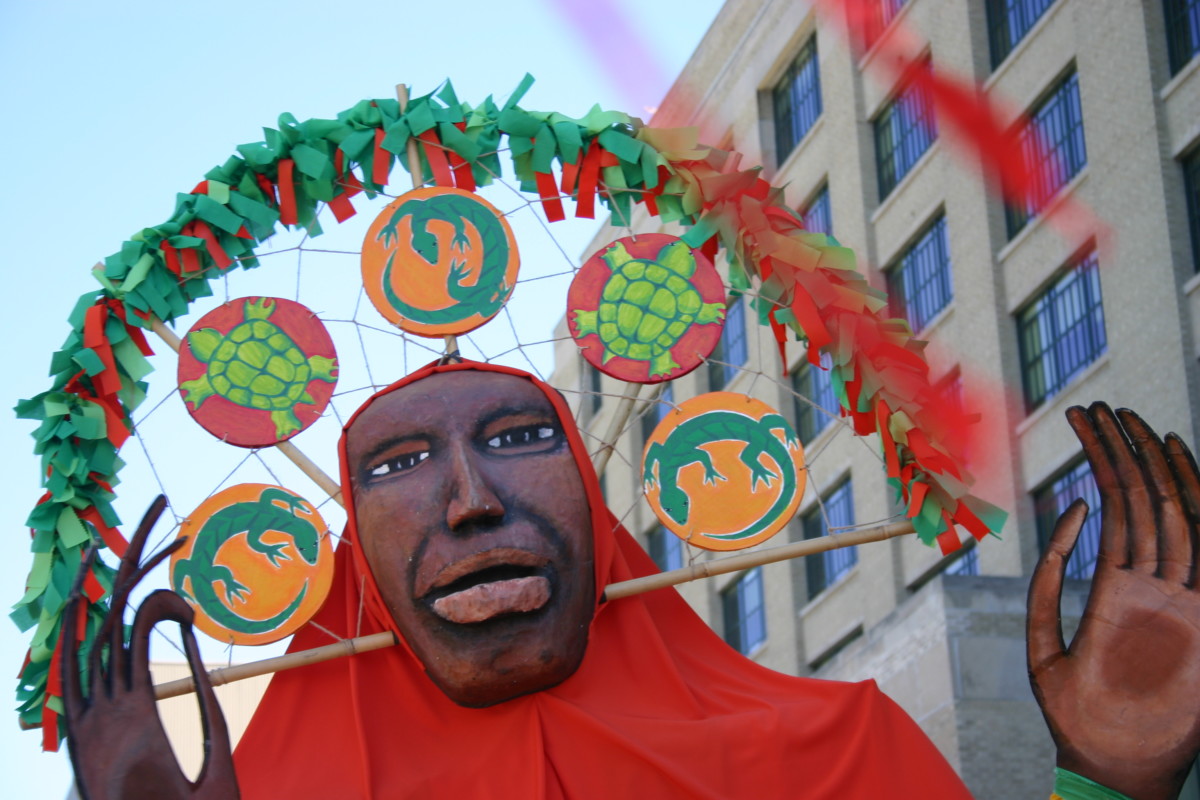 Image Description: A photograph of a large Black human puppet, dressed in red, appears alongside buildings. They hold their hands up on both sides, eye  open. From their head emerges a crown-like structure portraying turtles and lizards. Green and red confetti lines their crown.