The Impact Theory of Mass Extinction 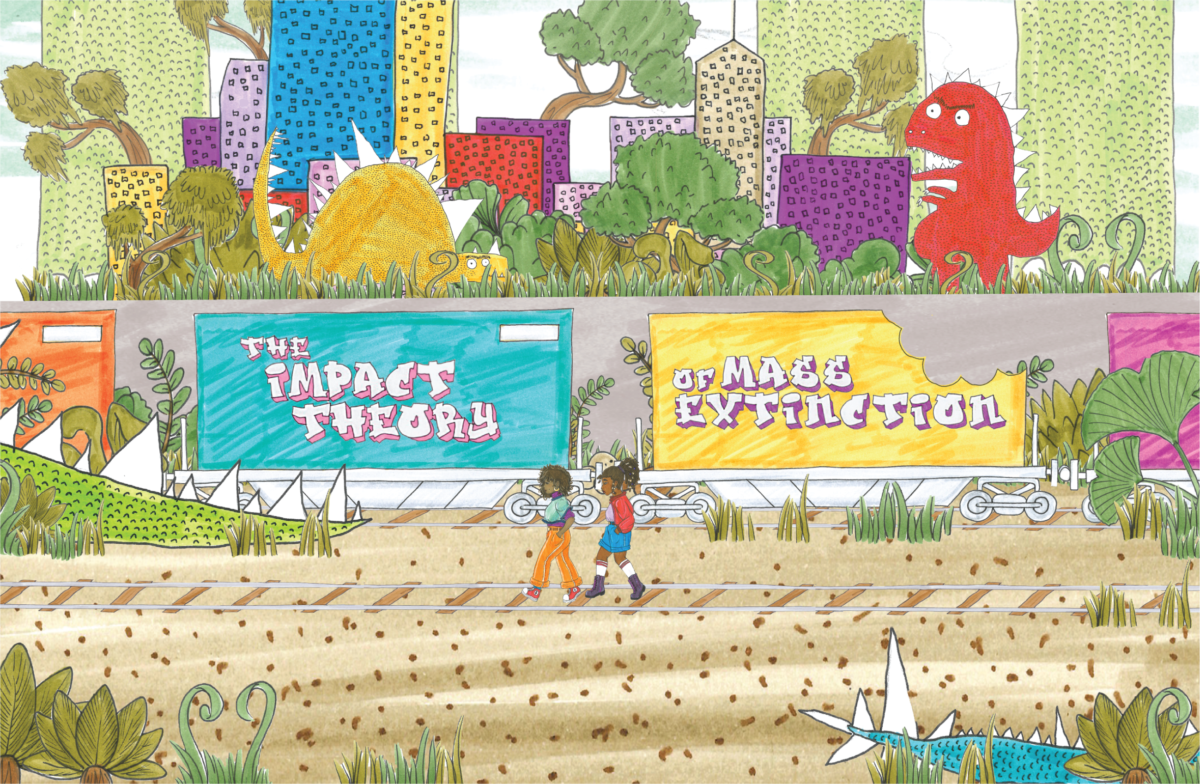 [Image Description: Designed in a cartoon style, the image shows two Black youth walking along train tracks. One wears orange pants, red converse, and a blue shirt. The other wears a red jacket, blue shorts, high socks, and purple boots.  In the background are broken down trains, orange, blue, yellow, and pink, with "Impact Theory" and "of Mass Extinction" graffiti-ed on two of them. Behind the trains is a colorful city-scape overgrown with plants. Two spiky dinosaur tails, teal and green, appear near the train tracks. A red T-rex and a yellow dinosaur, both with furrowed brows, appear amidst the city.]

In June of 2022, Heart of the Beast will produce our first major puppet and mask performance since 2018, The Impact Theory of Mass Extinction, by Junauda Petrus-Nasah.

Impact Theory tells the story of two black, queer, teens who discover dinosaur bones in their South Minneapolis neighborhood! Our teens get sucked through a prehistoric portal, where they explore extinction theories ranging from the scientifically accepted to the outright absurd. On their Jurassic journey, our protagonists draw comparisons to their own lives, reflecting on themes of ancestry, queerness, and non-binary identity.

Impact Theory’s playwright, Junauda Petrus-Nasah, is an acclaimed poet, playwright, screenwriter, and multi-dimensional performance artist. West-Indian descended and African-sourced, she grew up in Minneapolis’s own Phillips and Powderhorn neighborhoods.

Behind the Scenes Interviews

What's the inspiration for Impact Theory?

Playwright Junauda Petrus-Nasah talks about the inspiration behind Impact Theory and puppet-builder Steve Ackerman speaks on the magic of artistic collaboration in this interview!

[Image Description: A video appears on the left showing a still of white text that reads "IMPACT THEORY OF MASS EXTINCTION" and "A new work by In The Heart of the Beast" in front of green and purple paper grass.]

Why choose puppets to tell the story?

Junauda describes her deep connection to puppetry and speaks to the puppet epiphanies that strike when you embrace the art form. Steve warns us that the puppet builders of Impact Theory are ready to get weird and shares his puppet-building visions.

[Image Description: A video appears on the left showing a still of white text that reads "IMPACT THEORY OF MASS EXTINCTION" and "A new work by In The Heart of the Beast" in front of green and purple paper grass.] 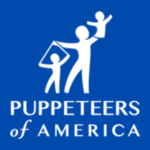