The effort to reimagine and build the future of the Mayday Parade and Ceremony has begun in earnest. It is really important that we remember that we would not be having these conversations or be struggling with how to create a sustainable and more equitable MayDay if not for the incredible beauty, joy, and love that MayDay is built upon and has created.  Thousands of people care about securing a future for this beloved ritual. Wow!

Those of us who have been around since the early days know that all this beauty, joy, and love would not exist without the sacrifice, vision, relationship building, and determination of Sandy.  Her willingness to work for very little and sometimes for nothing kept MayDay and HOBT alive more than once. Sandy is the one person without whom MayDay would not be, and we would have nothing to reimagine. This is not to discount or diminish the dedication and sacrifice of the many thousands of people who have made MayDay what it is. It takes a big village to make this parade. It’s just that it would have happened without any one of the rest of us, but not without Sandy.  We are so incredibly fortunate that Sandy brought her gifts to our community and stayed with us her whole life.

Thank you, Sandy, and thank you to the village that has created MayDay for all these years.  Let us honor what has been as we create a different future, and do that creation work with beauty, joy, and love.

Dan was a founder of MayDay, helps organize the Tree of Life crew each year, and served 25 years on HOBT’s board of directors with his most recent term ending in December 2018. 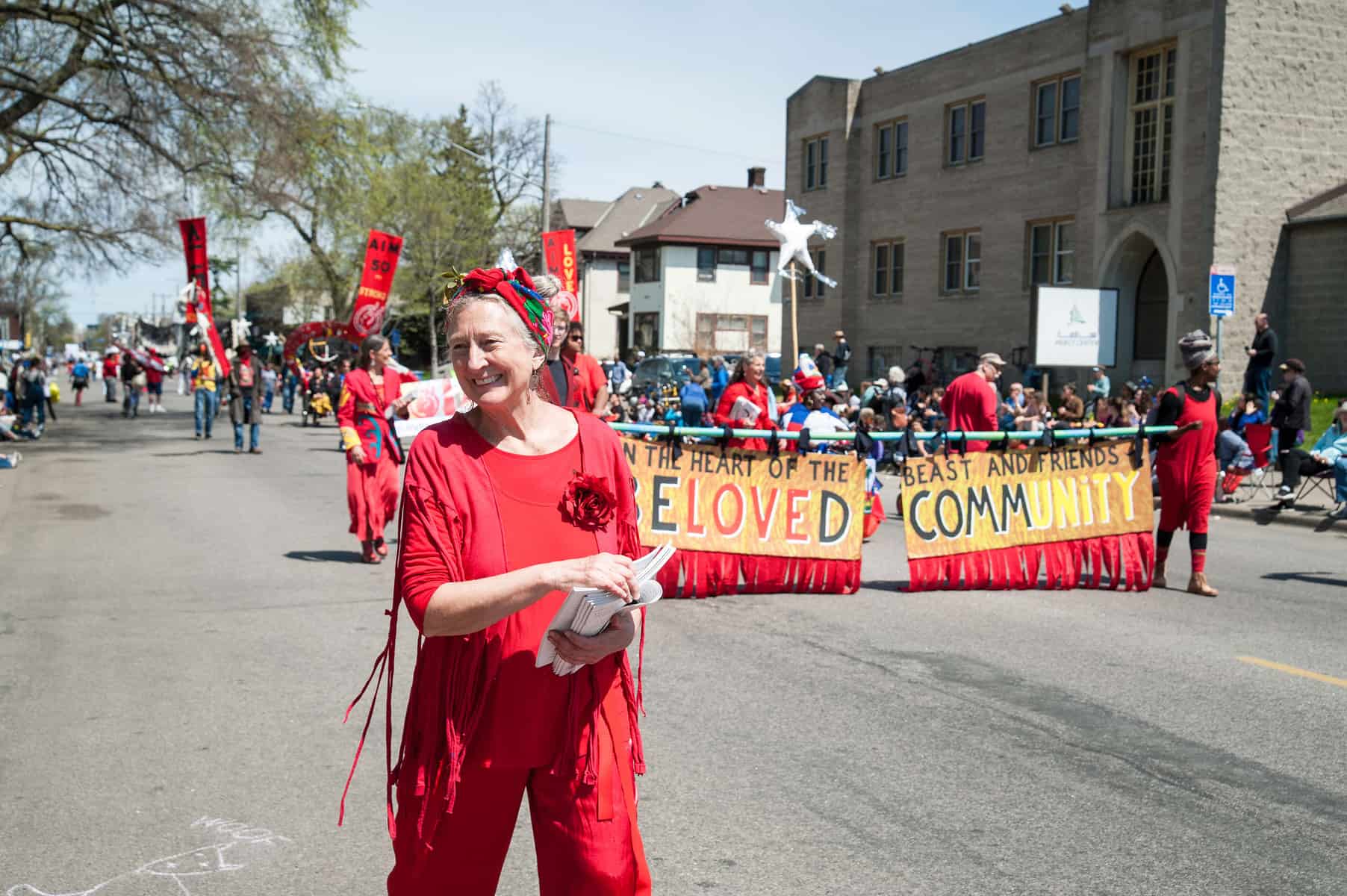