How did HOBT Come to Be?

Inspired by Bread and Puppet Theater in Vermont, David O'Fallon founded HOBT (originally called Powderhorn Puppet Theatre) in 1973.  The theatre initially worked out of the basement of Walker Church in Minneapolis's Powderhorn neighborhood, and was closely connected to Powderhorn Park from the very beginning.

From 1977 to 2015 Sandy Spieler served as Artistic Director of the theatre. From 2015 - 2019 she along with Bart Buch, Alison Heimstead, and Steve Ackerman, acted as an Artistic Leadership Team.

In the Heart of the Beast Puppet & Mask Theatre 300-seat theatre and administrative offices are located in the Avalon, an art deco cinema designed by architect Perry Crosier in 1937.

It screened top Hollywood movies, and later, art films, but, by the 1960’s, it had devolved into showing pornography. Neighborhood residents organized and, finally, in 1984, the theater was closed. It then stood vacant until 1988 when HOBT became a tenant. HOBT has raised more than one million dollars to purchase (in 1990) and renovate the building. 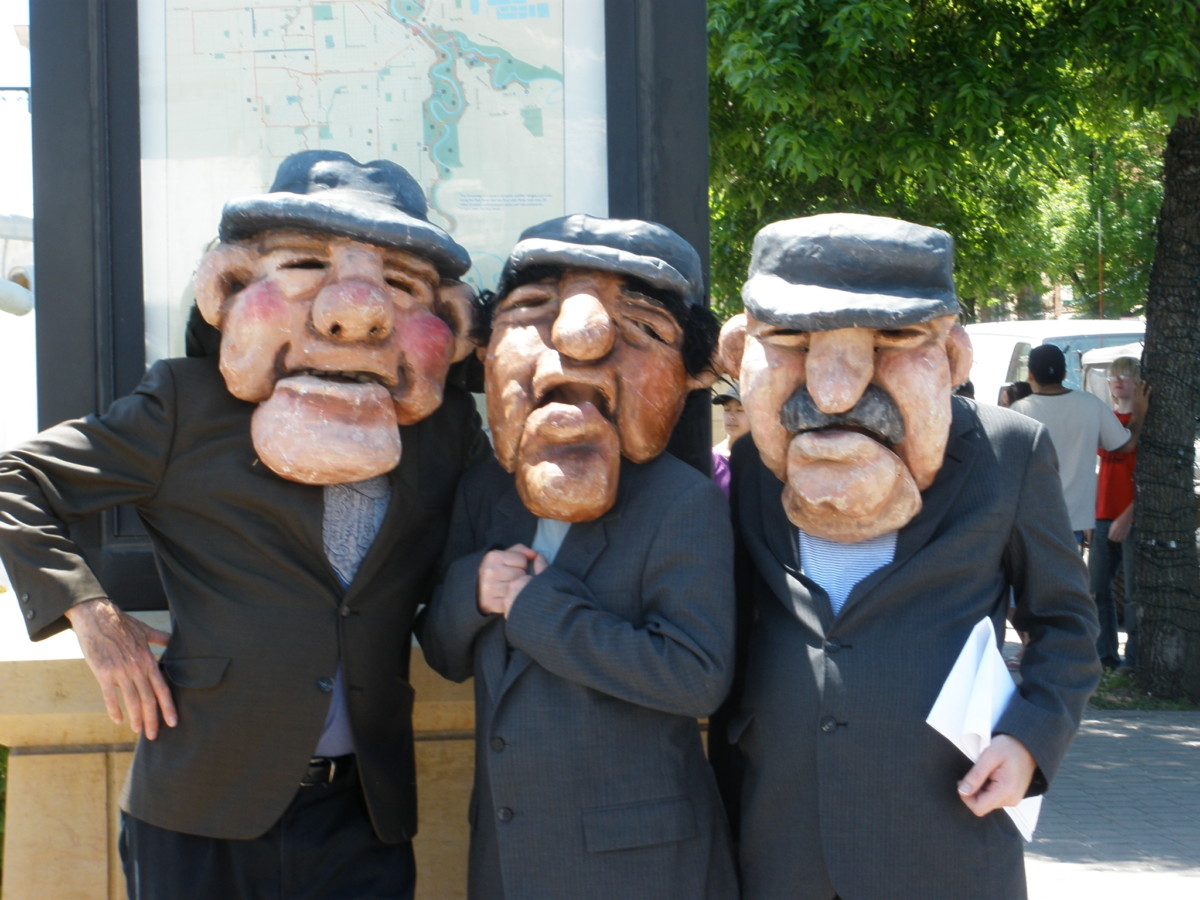 Image description: A photograph shows three people huddled together outside, wearing old-person masks. The people wear matching gray hats and suits. They have grumpy expressions. One clutches a newspaper, the other has their hand on their hip.