Yes! It is almost that time again, when up to 60,000 people will descend on Powderhorn Park in South Minneapolis for the 45th annual MayDay Parade and Festival on Sunday, May 5, 2019.

MayDay has come a long way since 1975 when a few hundred people gathered along the route to see the first parade organized by a handful of artists. It has grown organically from a modest neighborhood festival into a major event drawing people from across the city and nation.

Through it all, In the Heart of the Beast Theatre has continued to be the sole guiding force, joined by hundreds of people who donate their time, talents, and money to produce this event. Organizing and fund-raising for MayDay happens year round, but significant support for this essentially non-commercial event is earned through advertising sales in our annual program tabloid.

The tabloid is a newspaper featuring parade and festival information, as well as stories about our theatre and future programming. Always a high-profile publication, copies are distributed at the MayDay Festival plus many metro area locations. The Tabloid will also be used as an educational piece that will reach far beyond MayDay itself, making this year’s MayDay tabloid your most effective and affordable advertising choice yet. 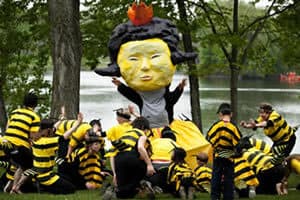 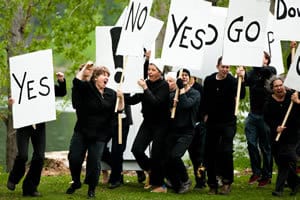