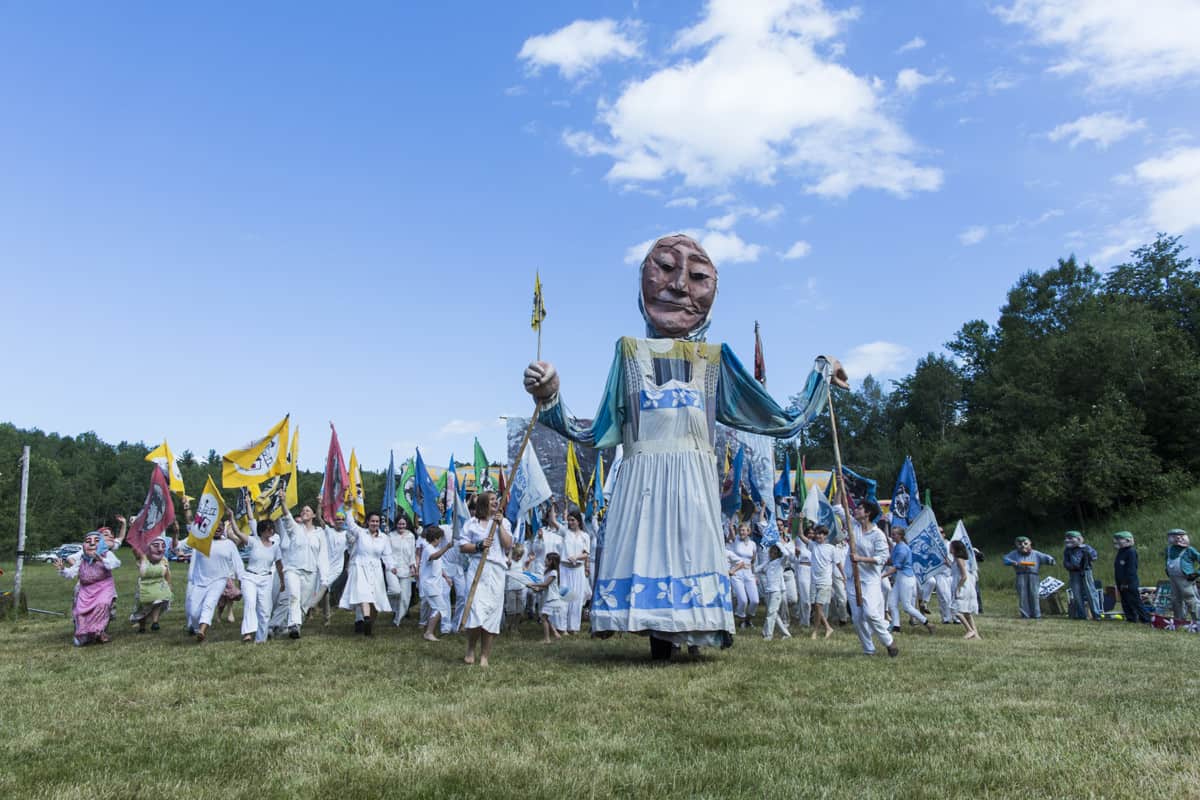 We are happy to welcome to our stage a puppetry legacy: Bread and Puppet Theater.

Bread & Puppet Theater is an internationally celebrated company that champions a visually rich, street-theater brand of performance art filled with music, dance and slapstick. Its shows are political and spectacular, with huge puppets made of paper maché and cardboard. Founded in 1963 by Peter Schumann on New York City’s Lower East Side, the theater has been based in the North East Kingdom of Vermont since the early 1970s. This fall Bread and Puppet Theater presents: The Grasshopper Rebellion Circus

The Grasshopper Rebellion Circus is a celebration of 6000 generations of human revolution against human management, featuring precarious dancing bears and celestial grasshoppers, and powered as always by the hot sounds of the Bread and Puppet Circus Band.

B&P director, Peter Schumann, says of The Grasshopper Rebellion Circus: “The Grasshopper Rebellion Circus is a circus of ruthless critique of 6000 years of unhuman history and the uprisings against it, from the battle of Sempach in 1386 when 1300 peasant women and men, equipped with pitchforks and hayrakes overthrew a 4000 strong state-of-the-art army of knights, to the current battles in which ridiculously small numbers of possibilitarians underthrow — from the toes up — the incompetent billionaire democracy again and again.”

Get your tickets here!