The purpose of this update is to share feedback received through HOBT’s May 2017 online survey and open community listening session. If you have other questions or concerns, contact HOBT Executive Director Corrie Zoll at 612-721-2535 or [email protected]

In 2015, HOBT’s board acknowledged the accessibility, safety, and maintenance needs of the Avalon Theater make it necessary for HOBT either to invest in upgrading the Avalon Theater or to find a new home elsewhere. The board developed an assessment of the current conditions of the building and began to explore various options for HOBT to either stay in the Avalon or find a new home. Significantly, exploring these scenarios revealed that the cost to HOBT over ten years would be similar whether the organization stayed in the Avalon Theater or rented facilities elsewhere. Each scenario would be likely to add $2-3 Million to HOBT’s budget over a decade.

In December 2016, after gathering feedback from community members, artists, staff, and peer organizations, HOBT’s board of directors passed a resolution committing to an effort to maintain HOBT’s home in the Avalon Theater and to an effort to raise the capital needed to upgrade the Avalon to meet the needs of HOBT and the communities it serves for future generations. 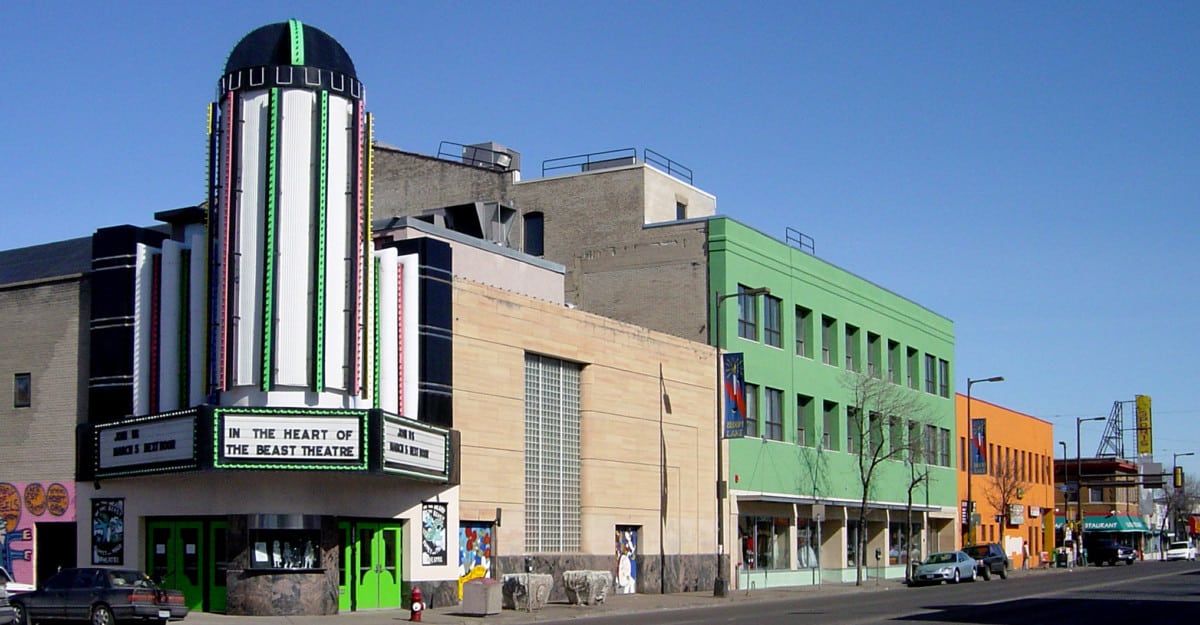 After this decision was made, HOBT began to develop a process that considers the need to first understand HOBT’s current relationships with its stakeholders and then to set strategic goals for HOBT to serve these stakeholders. With these goals in place, HOBT can determine how the Avalon Theater can best be used as an asset to reach those goals. With this vision, HOBT can develop building plans, estimate costs and develop a business model to support the work. Only then can HOBT responsibly begin to call on our communities to help us raise the capital needed to make this vision into a reality. HOBT expects this will be a multi-year project and is committed to continuing the momentum that has been built.

In May 2017, HOBT released an online survey. We believe that employees, artists and donors were heavily represented in the over 150 responses we received as of June 12. These are valuable stakeholders, but we acknowledge that their voices do not represent our neighbors or other target audiences.

Read a detailed summary of the survey results.

The survey asked respondents what might excite them in terms of future programming. We listed music, film, a coffee and wine bar, different programming, or more of the same. We saw no clear trends. The specific content of future programming is not overly important to this group. We asked what was most exciting about the prospect of upgrading the building. People were excited about:

We asked what it would take for respondents to get excited about the planning process. A clear theme that came through was a need to use this opportunity to change more than the building. Respondents reported wanting to see more neighborhood involvement, an elevation of the way HOBT presents itself to the world, a more diverse power structure with new people involved and new voices at the table, and more work across cultures.

We asked respondents for their biggest concerns about the process. By a wide margin, respondents were most concerned about the cost, specifically the possibility that the cost of the project might mean that compromises have to be made such that the building and/or HOBT would lose its character, or be a force for gentrification on Lake Street. Or worse, respondents feared what would happen if the Avalon was upgraded but organizational structure and practices were not updated accordingly. Some expressed concern about whether HOBT will invite the right people to the table to make a plan.

Also in May 2017, HOBT held a community listening session. Attendees were mainly board, staff, and artists. In this session, attendees reviewed the survey results to date and discussed the possibilities and challenges that might arise with three possible scenarios for how HOBT and the Avalon. Key points in the discussion are captured in a graphic recording drawn by Amy Sparks. 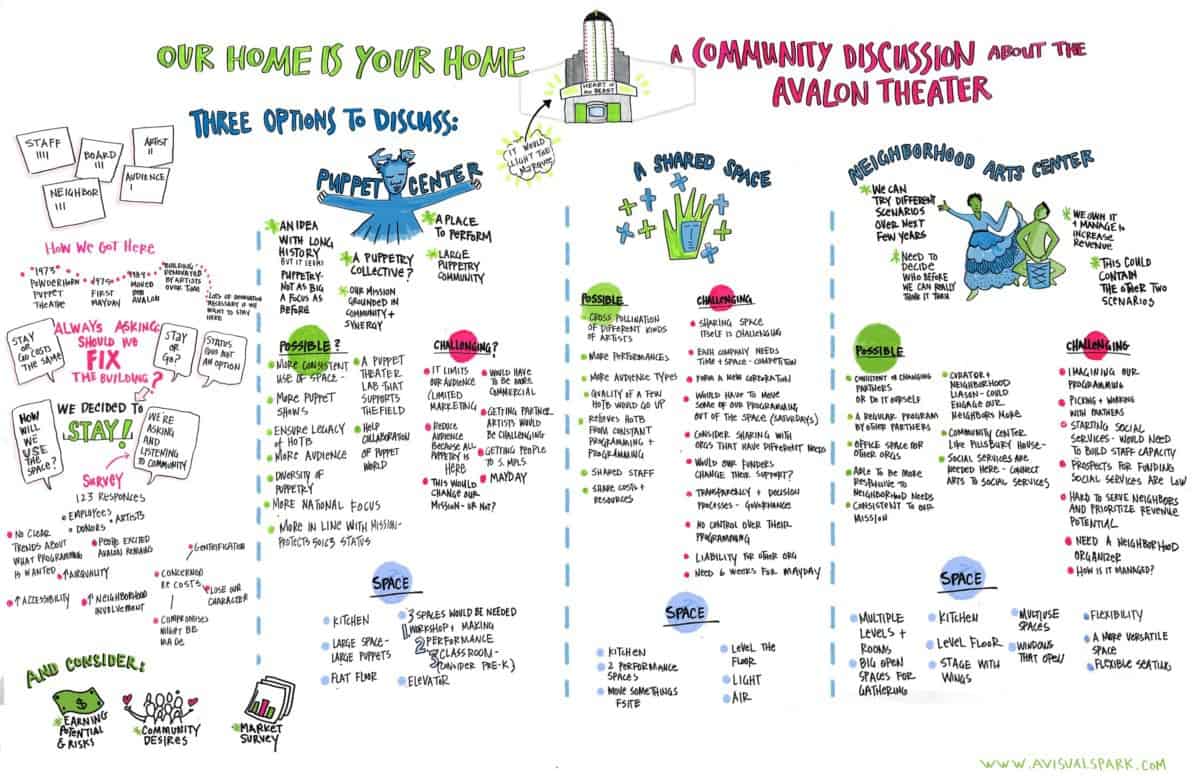 Over the summer of 2017, HOBT will hold a listening session with a group of our Spanish-speaking neighbors to explore similar issues. HOBT hopes to hold similar sessions with other communities represented in the neighborhoods served by HOBT. If you would like to share your own thoughts, contact HOBT Executive Director Corrie Zoll at 612-721-2535 or [email protected]